Sulphur content of rice In China, the sulphur content of mature rice is usually 0.12%-0.16%; the sulphur content of rice straw is 0.11%-0.20%. According to reports, the sulphur content of mature sulphur-limited rice and straw in India is 0.096%-0.105% and 0.053%-0.062%, respectively, while that of normal paddy rice and straw is 0.114%-0.126% and 0.100%-0.118%, respectively. The BR-3 rice in Bangladesh has 0.26% sulfur content at seedling stage and 0.15% at the tillering stage. In the basin of the lower Amazon River, when the sulfur content of rice is 0.16% at the tillering stage and 0.10% at the flowering stage, higher yields can be obtained. Critical value of soil available sulphur in paddy soil: The critical value of soil available sulphur varies with extractant, calcium chloride (0.15%) extraction method is 10 mg S/kg; monocalcium phosphate extraction method is 10 mg S/kg; The Morgan extraction method was 13 mg S/kg; the ammonium acetate (0.5 mol/L) + acetic acid (0.25 mol/L) extraction method was 11 mg S/kg; and the hot water dissolution method was 10 mg S/kg. Correcting Sulfur Deficiency in Rice At present, the countries that suffer from sulfur deficiency in the world are mainly Bangladesh, China, India and Indonesia. The application of sulphur fertilizer can effectively correct rice sulfur deficiency. The effect of sulfur in Bangladesh is similar to that of nitrogen, with an increase rate of 19%-40%; in China, the increase rate is 5%-57.0%, with an average increase of 15.7%. Many factors affect the effects of sulfur fertilizers, such as crop rotation systems, growing seasons, soil types and organic matter content, and sulfur content in rainwater and irrigation water. The sulphur fertilizer is usually 30-44 kilograms of sulfur per hectare. Sulfur deficiency is more common in cold-soaked fields in southern China, and the application of sulfur-containing fertilizers can increase production. Usually 20-25 kilograms of plaster or 7-8 kilograms of sulphur are used to remove roots per hectare, and superphosphate is also used for 75 kilograms per hectare. When gypsum is used as surface fertilizer, it is usually used at 75-150 kg/ha. In the case of severe sulfur deficiency, crops may be considered for extra-root dressing with 0.5%-2% sulfate solution.

Sulfur deficiency symptoms in wheat: Usually the young leaves have yellow leaves and chlorosis between veins; the old leaves are still green. Young childbirth tends to stand upright. Sulfur content of wheat According to Shinde (1988), the critical value of sulfur in wheat seedling plants is 0.22%, and the critical value of N:S is 16:1. According to Bentley (1955) in India, the yield of sulfur-applied wheat was 8.3% higher than that of non-sulphur-added wheat, and the latter was 0.10% and 0.05% respectively, while the former was 0.13% and 0.10% respectively. The critical value of soil available sulfur in wheat field: calcium chloride (0.15%) extraction method is 13 mg S/kg; ammonium acetate (0.5 mol/L) + acetic acid (0.25 mol/L) extraction method is 25 mg S/kg; The water dissolution method was 13 mg S/kg; the hydrochloric acid (0.001 mol/L) extraction method was 22.5 mg S/kg. Correcting sulfur deficiency in wheat According to reports in Bangladesh, Brazil, China, India and Pakistan, the application of sulphur fertilizer in sulphur-deficient wheat fields can increase wheat production by 15% to 30%. The amount of sulphur fertilizer in wheat is usually 24-40 kg sulfur/ha. When the wheat seedlings are short of sulfur, even after 40-45 days of sowing, 26 kg sulfur/ha of gypsum or 18 kg sulfur/ha of ammonium sulfate can be applied, which can increase 1 ton of wheat per hectare.

Sulfur deficiency in corn: Symptoms of yellowing occur between the leaves and veins at the time of first onset, followed by development of leaf color and redness of the stem, starting from the edge of the leaf and gradually extending to the center of the leaf. The young leaves showed symptoms of sulfur deficiency, while the old leaves remained green. Sulfur content of corn According to Liu Chongqun et al. (1981), Nanjing Institute of Soil Science, Chinese Academy of Sciences, when the total sulfur content of plants is 0.096%-0.103% during the vigorous growth period of maize, the application of sulphur fertilizer has a significant yield increase effect and can increase production by 53%-68%. %. According to the report of Dev et al. (1988), the critical value of N:S in corn plants is 16:1. The critical value of soil available sulphur in corn field is: calcium chloride (0.15%) extraction method is 13 mg S/kg; monocalcium phosphate extraction method is 14 mg S/kg. Correcting the sulphur-supply corn corn sulfur fertilizer consumption is usually 24-40 kilograms of sulfur/ha, and it should be used as base fertilizer or top-dressing fertilizer. According to Malavolta (1987), in Brazil, when the sulphur fertilizer dosage is 30-60 kg sulfur/ha, the maize yield is 14%-27% higher than the control. The long-term fertilizer test of India's ICAR produced a 17% increase in sulphur fertilizer at 45 kg sulphur/ha. Thailand's FADINAP trial, using 32 kg of sulphur per hectare, resulted in a 33% increase in corn ear production compared to the control.

Lewin double arms medical pendants surgeon's pendant will support all medical equipment such as monitors,camera,power tools and video and etc,can position all the equipment conveniently adjacent to the surgical site. Medical pendants provide medical gas,electrical and data services.For the pendants,  customer can customize arm length.All kinds of terminal such as medical gas, electricity and network are gathered on the control board. Some medical machines of certain weight can be placed in the board and drawer. 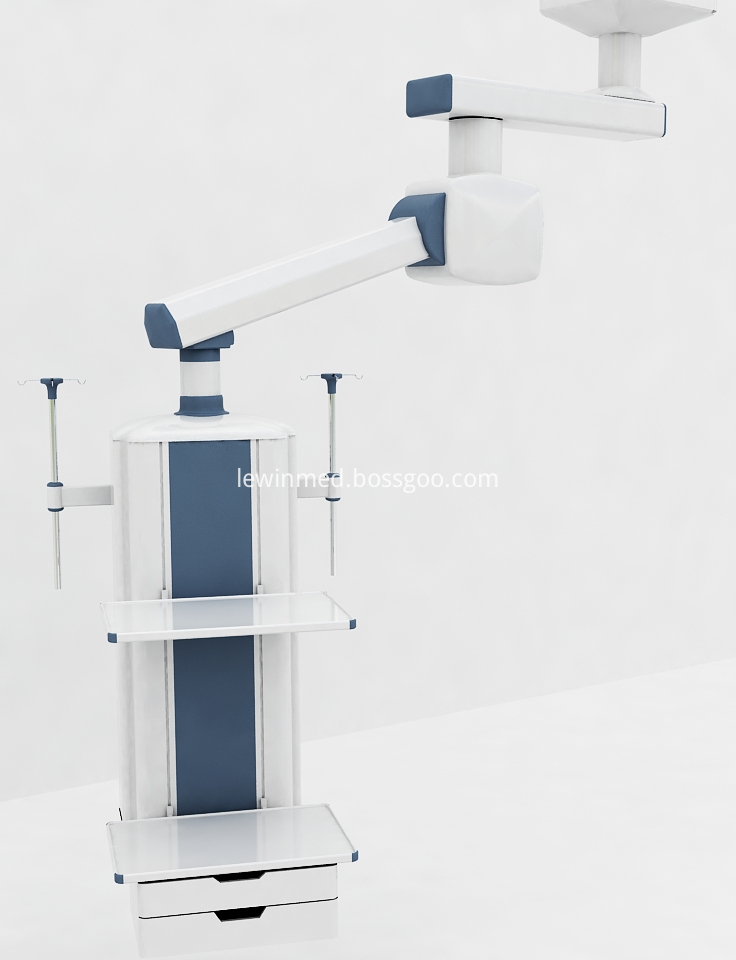